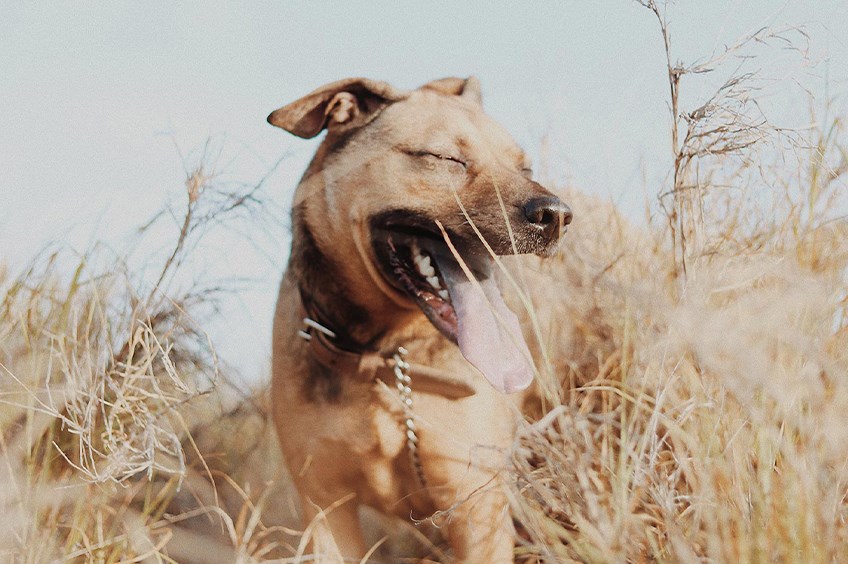 A runny nose. Streaming eyes. Sneezes and sniffles. It’s that time of year again – hay fever is starting to wreak havoc on our sinuses. Hay fever, medically known as ‘allergic rhinitis’ and caused by a fine powder emitted by plants, affects millions of people here in the UK. But can our pets suffer from the pollen allergy too?

Unfortunately, the answer is yes. Our feline friends and canine companions can also suffer from hay fever. While some of the symptoms mimic those that us humans tend to suffer with, there are also subtle differences to look out for in your cat or dog.

So, the experts at grain free pet food brand, Canagan, have compiled everything you need to know to spot the signs and help your pet deal with their hay fever troubles.

WHAT ARE THE SYMPTOMS OF HAY FEVER IN CATS AND DOGS?

The signs of a reaction that we usually associate with hay fever – like sneezing, a runny nose and watery eyes – are experienced by cats and dogs, but are far more common in humans. Instead, our companions will more likely suffer with skin problems.

The most common signs of a pollen allergy in cats and dogs include:

If you’re concerned about any of your pet’s symptoms, it’s worth seeking veterinary advice. Consistent itching or nibbling at the skin could cause infections too, so it’s best to get your companion checked out if these symptoms persist.

HOW COMMON IS HAY FEVER IN PETS?

If your companion is struggling with hay fever symptoms, they’re not alone. It’s believed that around 10% of the canine population suffer with hay fever.

It is thought that hay fever in cats and dogs could be genetic, but there are also a number of breeds that are more prone to hay fever than others, including dalmatians and poodles. A number of different factors influence this, like nose shape, breathing biology and their coats.

It’s also believed that cats and dogs who are not exposed to the outdoors as puppies and kittens may be more likely to suffer with hay fever as adults, having a lower tolerance to pollen than others.

Hay fever often develops over a number of years in cats and dogs, starting out small and causing a more severe reaction each time pollen is ingested. So, if you’re able to spot the signs and get a diagnosis from your vet early on, you may be able to alleviate your companion’s symptoms before they worsen.

AT WHAT TIME OF YEAR IS HAY FEVER MOST LIKELY?

These symptoms are most likely to appear in our pets at any time between March and September, as different types of pollen are active throughout different months of the year. These include:

HOW TO TREAT HAY FEVER IN CATS AND DOGS

Just like in humans, hay fever in our pets isn’t curable. However, the following tips may help you to ease your pet’s symptoms so they feel more comfortable:

As the weather warms up and we humans have tissues in hand to combat our own hay fever sniffles, remember to consider your companion if you’re a pet owner. Spending time outdoors together over the summer is the perfect way to bond, so don’t let pollen get in the way of you having fun!

There are currently no comments, be the first to comment.